We were humbled to listen in as a dear friend and collaborator recently described our work, far better than we ever could: “They’re an agency, but they’re different. They start by asking the question ‘what’s your desired outcome?’ And then they work backwards to figure out how to get you there.”

In those few words, our friend synthesized a five-year mission to reimagine the way that marketers deploy their dollars, helping them to create more modern strategies, more efficient and effective media plans, and, ultimately, more real-world impact.

What began as an insight that tugged relentlessly at co-founders Mark & Jordan as they worked on the front lines of storytelling at GOOD/Upworthy—that impactful content is only half the distance to the goal; breaking through the noise and turning attention into action is the hard-fought ground game that so often makes the difference—C&C has today has modernized growth for one of the country’s oldest and most beloved organizations, inspired millions of millennial women to assess their cancer risk, and passed landmark affordable housing reform in California. Our work has been awarded “Social Media Campaign of the Year” by AdAge and Modern Healthcare, received a Webby, and recognized as an Effies finalist. And as the media landscape continues to evolve, our world-class, roll-up-your-sleeves team of strategists, tacticians, and creatives evolves with it—while remaining steadfast to that original North Star.

All to say: What’s your desired outcome?

Meet the team that makes it possible—

Jordan is a leading creative and technology specialist with a track record of empowering nonprofits, advocacy organizations, and purpose-driven brands to effectively harness paid media. +

Mark is a data-driven marketer with deep experience in integrated media strategy and social impact advertising. +

Carli is an expert cause marketer and bridge-builder, who empowers Craft & Commerce's partners to achieve strategic objectives though powerful bespoke collaborations. +

Lizzy is an organized, detail-oriented relationship builder with experience managing a wide variety of marketing campaigns, mostly focused on the B2B market. +

Jacob is a seasoned movement-builder and cause marketing strategist with deep digital and integrated marketing expertise. +

Arianna is an expert project manager with a strong product and analytics background. +

Karen is a master of end-to-end digital campaign management, who stewards setup and delivery, iteration and optimization, and reporting for all Craft & Commerce partners. + 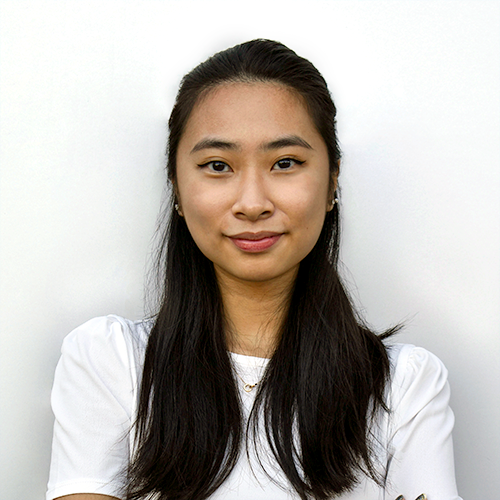 Samantha is a self-driven and passionate team member who manages our day-to-day digital media and analytics. +

Kristin is a versatile graphic designer who brings a diversity of experience and branding rigor to all of Craft & Commerce's design-focused projects. +

Join the team at Craft & Commerce

Our hands-on team of paid and digital media specialists is dedicated to achieving better results, for things that matter. We're based in New York City but have team members across the country. If you're ready to put your skills to work for positive change, we should talk.